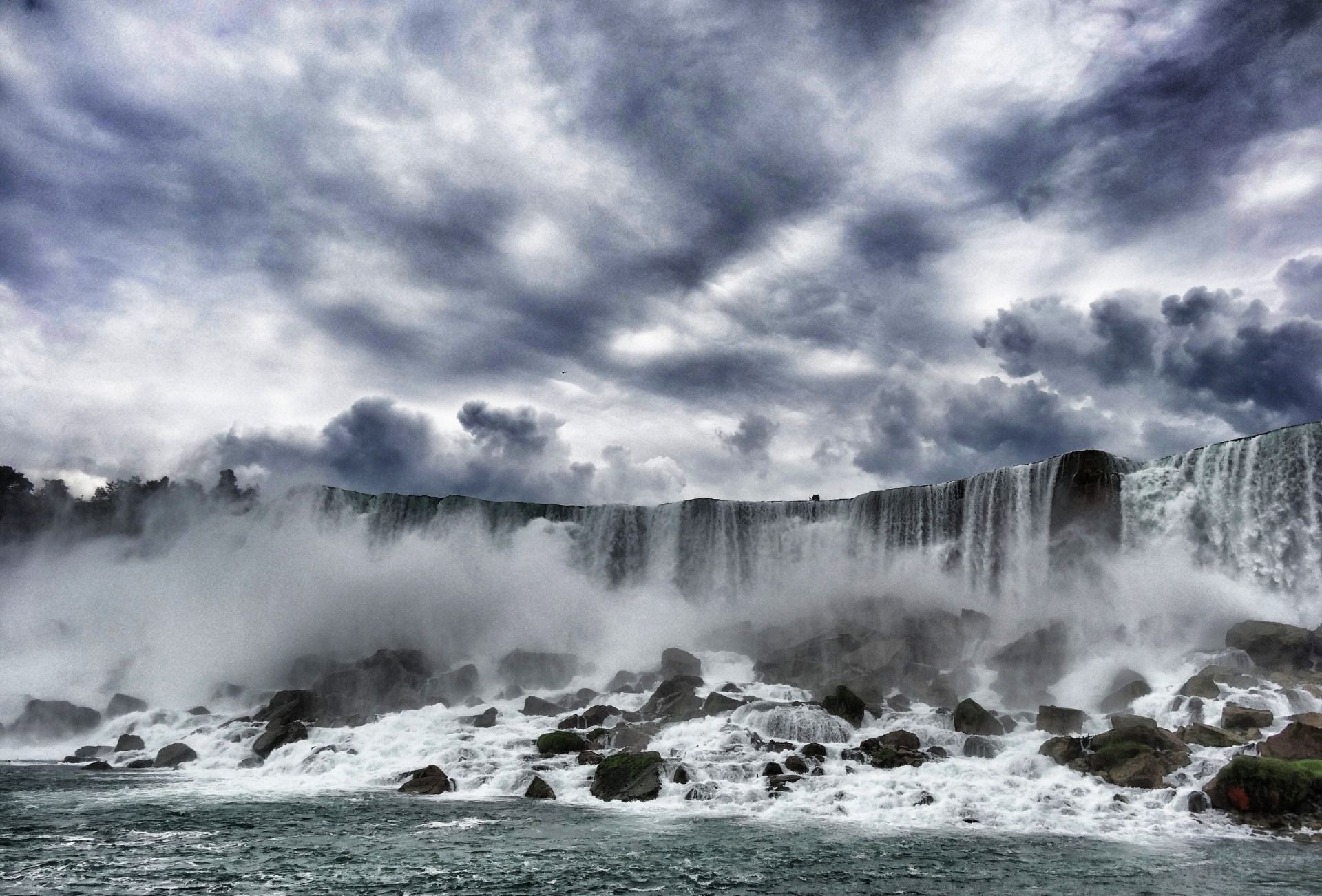 March 2020 · 3 min read
These are 100 million bathtubs of water that rush down from up every hour. Up there, that is the famous Niagara Falls, which plunge into the depths at the interface between the US state of New York and the Canadian province of Ontario with the flooding Niagara River. An event that no one who has ever seen it will forget. And at the same time the life insurance for the two sister cities Niagara Falls in the USA and Niagara Falls in Canada, where the cases are located where the city centre would be when the river wasn't here.

Millions pilgrimage here every year to see the most spectacular stretch of the Niagara River between Lake Erie and Lake Ontario. Here the water jumps 57 meters into the depths, divided from the islands of Luna Island and Goat Island, to which the falls owe their name "falls", because they are divided into three parts: The American Falls and the Bridal Veil Falls are on the US side, the Horseshoe Falls are divided by the state border between the USA and Canada.

The widest are the Horseshoe Falls with 670 meters, from which enormous amounts of spray rise. The American Falls are only 270 meters wide, but they are enchanting on sunny days with their green shimmering water, which falls down over an edge of 21 to 34 meters like an endless downpour. The Horseshoe Falls are narrower, but have a free fall height of 57 metres. A wall of water to the limits of sky which the ships of the "Maid of the Mist" line come so close that no tourist get home dry.

By the way, as there are no tourists at night, the falls are switched off at night by diverting a quarter of the water flow to a power station. During the season, they are then switched on again in the morning - after all, this is the biggest tourist attraction in the entire region.

Visitors can explore the falls in two ways: firstly, they can approach the lateral falls on foot using a system of wooden stairs. But only after paying the entrance fee and putting on a yellow raincoat in the so called sandal area. Down in the shower area of the waterfall it is wet, dripping wet, slippery and incredibly loud. Mist sprays like a thunderstorm rain, the ground is smooth and slippery and your tiny little yellow rain cape keeps you dry like a sheet of newspaper.

But compared to a ride directly to the foot of the main fall this is nothing. In front on one of the boats that take turns to go to the wet spot at short intervals, it is really wet, a swimming pool is nothing compared to that. But what is enchanting are the rainbows that appear everywhere from the waterspray, while the boat that is occupied by tourists in blue rain capes steers straight into the flooding water masses. Warning: The blue coates of course are inside dry like the yellow ones.

From above, many have already tried to get down. Some, for example, plunged down the falls in padded barrels or boats. About every second attempt since 63-year-old teacher Annie Taylor first managed to climb the falls in a wooden barrel ends fatally. The tourist development of the falls started around 1800, and trips on the Maid of the Dung boats have been offered since 1846. Since 1885 the Niagara Falls have been considered a nature park, but have the status of a UNESCO World Heritage Site. However, this does not bother more than 18 million visitors every year - they make the Niagara region one of the most popular tourist attractions in North America.

More from the roundtrip: Here