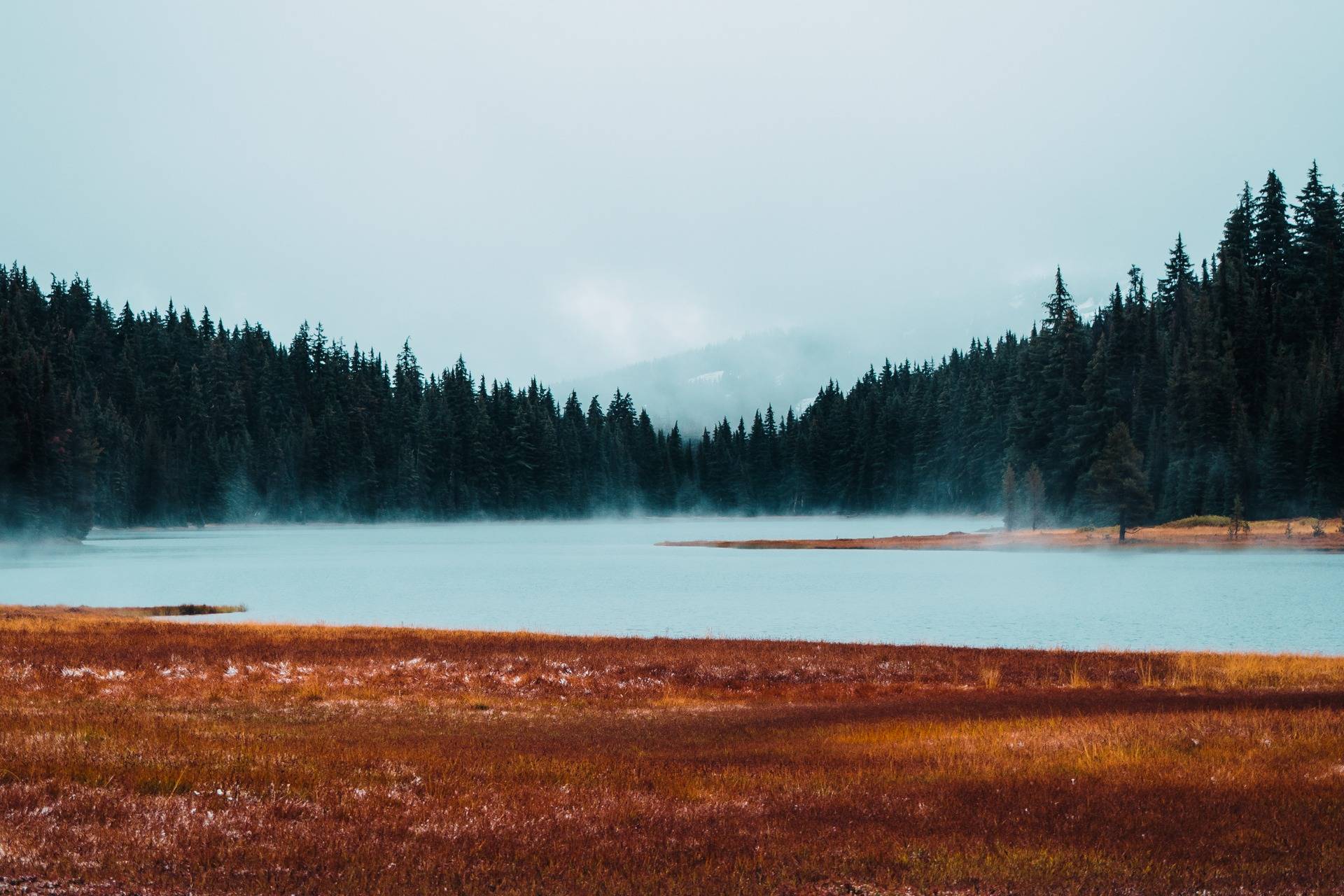 Today we're going to pick up where we left off in the last post, which if you haven't read yet first, I suggest you do!

So let's start with a little bit of back story first. While planning this trip and making the itinerary, I was looking for cool things to see and do while deciding our route. I came across a mountain called Broken Top, which is an extinct stratovolcano with a glacial lake near the top, and 2 glaciers on its sides. This seemed like an incredible hike to do and quickly became a main goal of mine to do on this trip.

So once the weather started changing for the worse, not only was I worried about potentially freezing to death in my hammock, I was also frantically checking the weather for Broken Top summit, which was also quickly becoming treacherous. Every day I was checking conditions, hoping we could still make the trek, but with temps estimated in the single digits at the summit, and potentially 60mph winds, it didn't look great. The only thing we could do was wait and see.

So now back to where we left off, I woke up around 6 in the morning, rolled out of my hammock and decided to take a little walk and head over to the cliff to look down into the gorge. It was over cast and the sun was barely up, so nothing too great. I headed back to our camp, and checked the weather for Broken Top, it looked....not terrible.

We decided Broken Top looked feasible, so we began packing up our gear and getting ready to hit the road. We left the park and began driving South once again. After about an hour or so we turned off onto the road towards Broken Top. So, there's a few ways to hike Broken Top, one is like 15 miles from a lower point, and the other is about 7 or 9 miles starting from a higher point, which was our plan. To get there though, is a very rough road, that needs 4 wheel drive and high clearance. We also didn't know that this road wasn't just a stretch, but it was for the full 5 miles.

With icy and snowy conditions, we attempted to make it up this road, we got about a mile in, and it just didn't seem like a safe idea to keep going. So we turned around, though not literally, because the road was so narrow, we had to backup down this road for maybe half a mile or so before we could actually turn around. It was definitely disappointing, but it was the right call, and to be honest, even if we made it, the hike would have most likely been pretty awful, no visibility, freezing cold, and inches of fresh snow.

On the way back, there was a lake we decided to stop at since we had a lot of free time now. We decided to walk the whole lake and check it out. Here's some of the photos I captured.

It was a beautiful Alpine lake, and with the freezing air from the top of Broken Top rolling down onto it, we had this beautiful fog whirling around the area.

We finished the loop around the lake, had some time to think a bit about our next move now that our plans had shifted once again. We decided we'd go and visit one of the 2 main waterfalls we wanted to see on this trip, Salt Creek Falls, the second highest waterfall in Oregon. So back in the car we went, and resumed our journey.

On our way, we came across Devils Lake and it caught our eye because of its unusual and beautiful green shade, so we stopped to check it out.

After that brief stop, we continued South towards Salt Creek Falls. After about another hour or so, we arrived. The waterfall is visible after a very short walk from the parking lot, and we were greeted with these stunning views!

After exploring those angles a bit, we realized that further down was a trail to get to another vantage point, so down we headed.

And even from the trail down we could see some great angles and views of the falls.

After a pretty brief hike down, we arrived at a lower viewing platform, and from this angle you could really appreciate the scale of this amazing waterfall!

After spending a little time there, we headed back up towards the top and got ready to leave, and I grabbed another shot along the way.

After that, it was time to hit the road to our ultimate destination, Crater Lake National Park!

After another couple hours of driving, we arrived at the entrance to Crater Lake, we paid the park fee of 30$, and began the final stretch to arrive at the actual lake.

We drove through some forrest that you could see on one side of the road had burned, and the other side had not. We drove through what is called the pumice desert, which is an open meadow area surrounded by forest. It's believed there is up to 200 feet of pumice that prevents much plant life from growing there, I'll have some photos of it on here later.

Soon after, we begin climbing once again, and after a couple of switch back roads, we can see the top. A little further to get to the rim, but we headed right for it, and then all of a sudden you could see it; Crater Lake.

IT IS MASSIVE! Photos don't do it justice as to the actual scale and sheer size of this lake, it's insane. And then after the initial shock and awe of laying my eyes on this marvel, another shock and awe set in; it's freezing and snowing, and I'm hammock camping in this? This is going to be awful.

We start driving, and as the road climbs up, it becomes almost a complete white out blizzard. We head to find the campground and check in and asses the situation. Thankfully, we find the campground is on the back side of the mountain, at about 6,000 feet and is shielded quite a bit from the terrible weather at the top.

We decided to set up camp first and then go have another look at the lake after. I got my hammock up, put on all my layers, got my sleeping bag and sleeping pad setup, and set up my rain tarp just in case as well.

After that, we headed back up to the rim to have a bit more of a look, and here's some of the shots I got.

We ended the day with a little drive around for sunset and caught this beautiful layered view of mountains in the distance at sunset.

So that's where we will end todays installment, we'll talk about how my night went and how I survived in the next installment. Let me know, what were your favorite shots? The lake? The waterfall? Let me know! Did you know about Crater Lake before this post?

In the meantime, you can see more of my work at www.SeanGold.com or on Instagram at @SeanGoldPhotos.