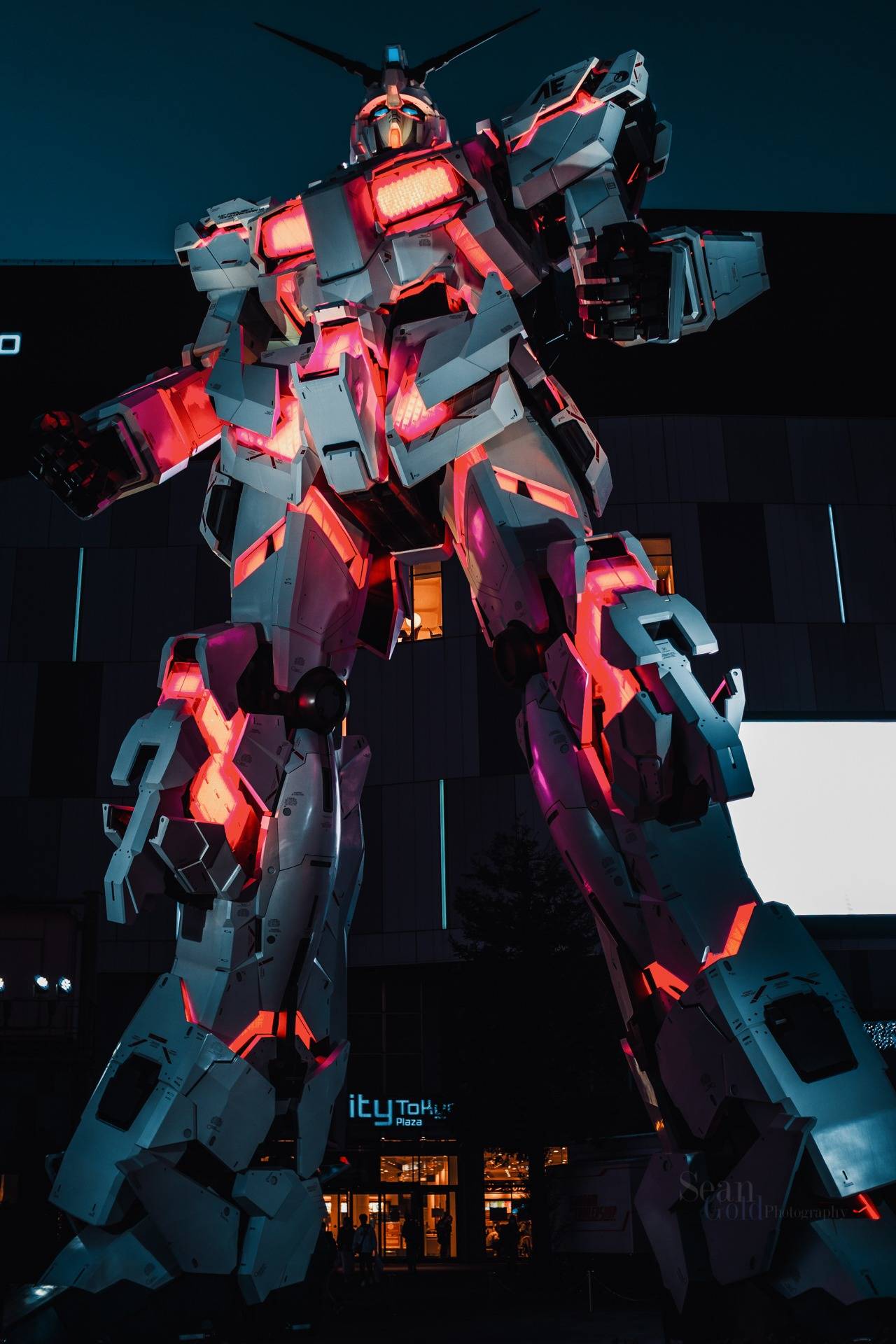 Hello and welcome back!

In this installment we will look at my arrival and my first hours in Tokyo, figuring out money, public transit and how to find a 50 foot tall mega robot, also known as a Gundam!

Let's jump into it!

So I was up since 5:45am and I didn't sleep pretty much the entire flight. I watched Locke and Key, the entire season, took photos as you saw in the last installment, and towards the end, I did sleep maybe an hour or two, just to be sure I can stay up till about 10pm to avoid jet lag as much as possible.

We finally, after what seemed like forever, began our descent into Tokyo. I grabbed my single backpack, the only bag I took with me for this whole trip, and made my way off the plane.

I get into the airport and begin this long walk to the main terminal. After about 10 minutes of walking, I make it to the immigration line. And it was long. So I take off my bag, and inch closer and closer. After maybe 20 to 30 minutes, it's finally my turn. I walk up to the gate hand my passport over, then they tell me to look into a camera to take my photo. And then they wanted to scan my fingerprints. I never had this done before when entering a country.

After making my way through immigration I made it out into the main terminal area, and now it's time to figure out my way into the city. So I ask the information desk about the public transit and how to get where I'm going, and they were very helpful. Then I ask if they take credit cards and she says no, they don't. I was quite surprised that even the subway doesn't take credit or debit cards. So time to go find an ATM.

So I head over to the currency exchange and change 20$ for now, because I still think I can use my credit card for most things, and don't think I need that much cash. I was wrong, but we'll get to that later. I take my cash, head back to the monorail station, pay the 7$ for the monorail and the transfer to the local train.

So I forgot if I mentioned before, but I arrived at about 430pm, Tokyo time, and got out of the airport at maybe 5ish or so, so I had about an hour and a half til sundown. So then, where should I go? To Shinjuku where my hostel is.....or....SEE A REAL SIZED GUNDAM!?! No question there, especially since the Gundam was a bit out of the way, so it made sense to do it now, while I was somewhat nearby rather than make a whole trip out of it.

I get off at the station, Tokyo-Teleport, and begin to head out, but then I see a lady working for the metro, I ask her about the Suicca card, which is just a reloadable tap and pay card. She helps me to purchase one, it will be 10$, 5$ for the card deposit, and 5$ t load onto the card. Great, now I have 3$ in cash left. I head out of the station and then a short walk down the street, and then I see just a bit of it. I get closer, and closer, and then next thing I know, there it is!

Wow! So awesome! As a kid who grew up with Cartoon Network and Toonami and Adult Swim, Gundam is part of my child hood. So to see a giant, 50ft tall Gundam right in front of me, made out of real metal, is quite amazing to say the least!

After watching the "show" where it transforms into Unicorn Gundam and some light shows, it's time to get moving again. Behind the Gundam is a mall, so I figure I'll go there and try to find an ATM that will let me take out less than 100$. And same thing, 100$ minimum. So I bit the bullet and took out the 10,000 yen.

I head back to the train station and head to Shinjuku station, which is where I'll be staying by. I figured it's not too late yet, and there was this alley way that I always saw in photos and knew I had to visit and figured I might as well do it now.

After my first extremely cramped Tokyo train experience I arrive at Shinjuku.

So cool! Such an amazing place, with so many lights and people! I'm quite tired at this point, so I figure I'll make a quick trip to this alley I know mostly as "Piss Alley" and no, it's not full of piss, but I guess a long time ago, it might have been. It's also called "Memory Lane". So after some quick Google Map searching, I'm on my 6 minute walk to Piss Alley.

I found it! But it looks a bit different. I head down and while it's still pretty photogenic, it's not what I had expected. Did they change it? After walking around a bit more it was time to head back the way I came, but then I notice another little alley right next to the one I had come down earlier. This was it! The alley I was looking for! So I began making a few trips up and down looking for shots to capture.

Amazing! This alley was just as I had imagined it would be, and it was an amazing place to experience, from all the different chefs cooking, and drinks being served it was quite an atmosphere to be in.

I made one last trip up the alley when I saw two girls getting a shot, so I waited for them to finish. I made a comment and we started to chat a bit, they were both from NY. After they finished mocking my Boston accent, they gave me some tips of their favorite places they had been to while in Japan, we exchanged Instagram handles, I snapped a photo for them, we went our separate ways and now it was time to head back to my hostel and check in.

My hostel was about a half hour walk or so, and I figured what better way to see the city than to walk through it, so walk I did.

It wasn't an amazing walk, pretty much as soon as I left the main area, it turned into a pretty mundane, modern city walk, for the most part. It was still quite an experience, and there were still some cool shops along the way, and good for me to get a feel for this new strange land.

After all this travel of planes and trains and cars....and GUNDAMSSSS, I had finally arrived at my hostel, my first ever capsule hostel. And for those who don't know, a capsule hostel is pretty much a hostel, but instead of open bunk beds, you're in some form of an enclosed private bed essentially. They're awesome!

I head in, check in, paid in cash, because of course I did, but it was only 15$ a night, which is pretty great if you ask me.

I get my room key, take my shoes off and put my sandals on, because shoes are not allowed in the hostel. I head up to the 6th floor, get my charging bag out, set up my charging station, plug in all my shit, and go to bed, finally.

Here's a look at the hostel room:

Alright guys, that's it for this installment, I hope you enjoyed it! Stay tuned for my next installment on my first full day in Tokyo! And if you have any questions or comments, be sure to drop a line down below!

And in the meantime, don't forget to follow along with me on www.Instagram.com/SeanGoldPhotos or check out my www.SeanGold.com for more of my work and to purchase prints to support my work! Thanks!