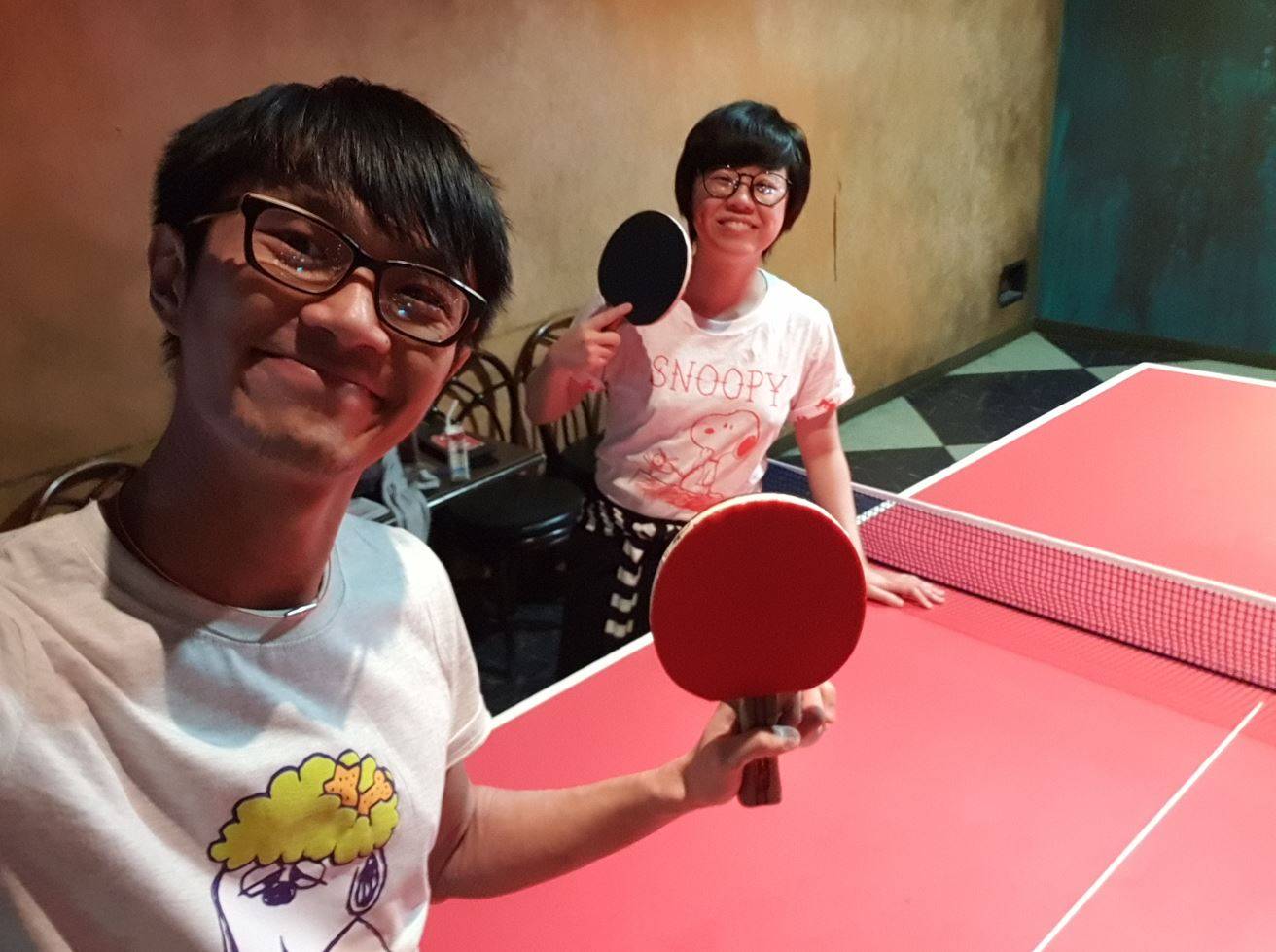 So if you missed the last couple of posts, we are currently recounting our final journey to Japan back in July 2019 when we decided to explore a new region and see Hokkaido in summer (since everywhere else in Japan is really hot during that period)!

Last week, we spent most of the day traveling as we took the train back to Tokyo all the way from Sapporo! It was about 8 hours on the train in total so when we finally arrived in Kyobashi, Tokyo we were pretty exhausted. We had a very satisfying dinner and walked around the neighbourhood before retiring for the night in our hotel.

We were still pretty tired from the previous day of traveling so when we awoke it was time for a late lunch! Since we were approaching the end of our trip it was time to eat at our favourite places before we go return home!

So we went to get lunch at our favourite tempura place - Tendon Tenya! I've written about this restaurant chain before many years ago but it's still our go-to place for tempura every time we visit Japan since it's affordable and accessible.

If I'm craving for something crispy, Tendon Tenya is always a good choice since their tempura is so good and tasty! It might not be the crispiest since they drizzle a special sauce on top of the tempura but it's still so delicious!

And when we went there we were happy to discover that they had a special summer menu too!

I think that was the first time I ever saw a tempura egg before so it was really interesting! And for 790yen or about 6 USD, it was so cheap for how much stuff was in the bowl! It looked so good that Sean and I ordered one bowl each since it was such a good deal!

Our tempura bowl also came with some spring onion in mustard and a bowl of miso soup! But the tempura bowl was definitely impressive! It was full of different vegetables, mushrooms, seafood and of course the fried onsen egg!

And it was soo delicious! I could barely finish the bowl too since there was so much tempura and I was so stuffed after that.

Since we were so full, we thought it was a good time to go walk around and play some games! So the last time we visited Tokyo was when Sean was posted in Kawasaki for a month-long internship and I came by to visit him for two weeks. While we were there, we visited the coolest arcade/entertainment facility we've ever seen!

I wrote more about it the first time we visited so you can check out the post here if you want to know more but the place is called Kawasaki Warehouse and is designed to look like the former Kowloon Walled City in Hong Kong!

The interior had a very run-down, creepy dystopian feel but was quite ironic since it was filled with various arcade machines!

But the creepy atmosphere even extended to the restrooms, which was pretty funny. I read that the designers even imported some props directly from Hong Kong to make sure it was as authentic as possible!

Anyway, we only visited here briefly the last time we came by and didn't get a chance to really enjoy the upper levels of this place so we decided to come back and play a few games!

On the way upstairs we actually saw a different kind of crane machine which looked a lot tougher than the regular kinds. It looked like you were supposed to pick up the balls and put them into the takyoyaki-like machine?

There was even a Super Mario one but we didn't try since it looked too difficult and rigged.

Anyway, the whole building is actually 5 stories tall and the first two levels were the entryway and arcade. The third floor was the casino which reeked of cigarette smoke.

But above that was a floor of different types of games or should I say sports? There were a whole lot of table tennis tables:

There were also a lot of pool tables that lit up from the bottom that looked so cool!

And at the end of this very long and wide floor was a whole line of electronic dartboards!

And of course there was also an aisle of crane machines along the side so people could walk through without interrupting any games.

Sean said he actually came here with his colleagues after we visited the first time and they had a lot of fun playing darts and pool up here! Since I've never played before we thought it'd be cool to just relax and try some new sports!

He taught me how to play and how the machine works which was really cool, and thankfully the darts were not sharp so we didn't have to worry about getting injured.

I tried my best and actually got pretty lucky with some bullseyes! It was actually a really close game for a couple of newbies.

We also tried this cool cherry fanta drink that came in a glass bottle! It looked pretty fancy since we've never really seen soda glass bottles as it's usually sold in plastic bottles or cans.

After a couple games of darts, we went to try pool. I've never actually played before either other than on the Wii and I didn't know a thing about how to position the stick or anything.

All I know was the setup which was something like this. Don't mind that the cue ball is not on the marker it kept rolling off it for some reason.

Anyway, I try my best to hit a few balls but the stick was too long, and I didn't know the right angle so it was kind of a disaster. Sean looked like he knew what he was doing though since he's played before.

I tried to copy his movements but it just felt so awkward and unnatural for me. I guess I'm just not used to it. I think I got lucky and managed to sink a few balls though.

After that we tried table tennis which I think went better for me than pool since we were equally bad. I think I might've played before on a cruise or something but I was as bad as I was in badminton.

I don't remember who won but we had a lot of fun either way! I wouldn't say I'm super athletic but I can handle myself when it comes to certain sports but I'm just terrible at these kinds of sports I guess.

After that we were getting tired so we left the warehouse and went for a nice walk while figuring out what we wanted for dinner.

It was a nice clear summer night, and wasn't too warm thankfully. We decided to go back to our favourite noodle place in Shinjuku so we headed there.

It was a pretty small noodle shop in an alleyway similar to this. I feel like there are so many restaurants in Japan that are like these secret hidden gems.

Anyway the restaurant is called Bura Bura, and specialises in Abura Soba or oily noodles!

I've also written about this place before which you can check out here, but it's our favourite dry noodle place in Tokyo since it's soo tasty and affordable too! We actually found this place completely by accident while wandering around with a friend last time and were pleasantly surprised with how good it was!

The interior is pretty small but it's pretty comfortable and since it was peak dinner time there were quite a few people in there.

Thankfully there were two seats for us and we ordered our noodles! I got one with egg this time while Sean got one with extra chashu. Most of the bowls are similar other than the toppings.

And it was sooo good as usual! The noodles look dry in the photo but there's actually some oil mixed with spicy sauce at the bottom of the bowl and you're supposed to mix everything in the bowl so that the noodles are covered in the sauce. The sauce is so savoury and full of flavour that you don't need a lot of it to make the noodles delicious!

What a satisfying meal to end such a great day! We had some relaxing fun and ate our favourite foods, which is just what we need after the previous long day of traveling.

And we also came across these cuties on our way back to the hotel! They're so adorable!

Anyway that's all for today! We're approaching the end of our trip so tune in to see the conclusion!

To find out more about me, check out my intro post here!